Here at JAR we are somewhat obsessed with the importance of articulation. Rather than asking what art is and what knowledge is, we are concerned with the processes through which ‘art’ and ‘knowledge’ become qualified. Although it might well be true that discourse has been developing in large historical cycles, we are acutely aware that those cycles have never properly represented what has been happening on the ground – neither in terms of art history, nor criticism, nor epistemology. This implies that difference and ultimately change can not only be sought and found between different versions of history, different knowledges and different schools of art, but also and most importantly between these histories, knowledges and schools and the practices that they offset – elevating some and repressing others.

‘Research’ in this sense is the singular term for the many directed processes of human and non-human articulation by which knowledges and also practices change. When we talk about ‘artistic research’ we mean to suggest radical inclusivity of a kind that challenges the gate-keeping set up around definitions of research, that is, the presuppositions that regulate who is allowed to speak and how. As the term suggests, this includes first of all artistic practices, but beyond this it includes potentially any kind of practice – given how little we know of the art of the future. Provocatively put, the aim of artistic research is not to add artistic contribution to the field of research, but to liberate research through the symbolic power of art. The moment at which this happens is precisely when practice is exposed as research, in an act of articulation.

In terms of ontology there are many problems attached to this, for while the conditions shape the knowledge that is possible, the knowledge that has become possible also inscribes itself into the conditions – doing so in order to heal the wound that originality inflicts on historical continuity. In artistic research then, as part of the so-called practice turn, the pragmatics of making knowledge in articulations has replaced the grounding of research in historical discourse, such as it is offered by disciplinary knowledge. So, yes, anything is possible, but, no, only that will be possible that can be articulated.

However, it is not only research that shapes its conditions, there are also other dynamics at play, for instance, funding, privilege and morals. While we can see questions of value being debated in political institutions as well as on the streets, technologies of articulation have become so dominant that they themselves need to be further problematised. We have to ask the question whether a simple shift to a paradigm of articulation is sufficient, or whether we need to pay more attention to its modes. This is a difficult task for we may be at risk of placing articulation again into the service of history rather than tracing its effects from the inside, or, more precisely, from the always specific insides of articulation, for there is no abstract articulation.

Important to this seems to be an understanding that articulation is first of all not a question of the application of form. Rather, although we tend to think of journal articles as objects of communication, what is being worked out can remain open and in process, and, hence, vulnerable to the effects of articulation. Being formally underdetermined, such articles – at least partially – resist transparent communication. This requires us to understand that even in systems of information not everything is equally accessible and that experiences, and not just information, matter. Such underdetermination can be kept hidden or glossed over – and we can sense this too in some presentations of research –  but it can also become part of the experience and ultimately the meaning that an article installs in its readers.

There is, thus, a shift from knowledge as object to processes of epistemic formation valuable beyond being a means to an end. Looking at the formal character of process can, however, also be misleading since describing processes, as relevant as such descriptions may be, is not the same as putting processes into play. In the first case, the describer secures a point of reference for themselves outside of the process that is being described. Only if the description of the process were to involve the process of description would this be averted, but this would take the meaning and the practice of description into another, literary domain.

Even in this simple case, we can see how the negotiation of subjectivity is an important, maybe the most important, aspect of articulation. From this vantage point it seems clear that removing as many presuppositions as possible from articulation is a necessity, because they limit the field of negotiation. To take another example, authorship seems a pre-requisite for the publishing in any academic journal as well as, beyond it, for the institutional acceptance of any research project. In some cases, involving the question of authorship is clearly not important, while in others, a reader may find that this frame needs to be tackled. Even if I start reading a piece with the author’s name clearly marked at the top, I might finish reading it with the question in my mind as to who the author or the authors of the research actually are, including myself as reader authoring my understanding as well as possible non-human authors of the research.

From an institutional point of view problematising frames is important, and we can see traces of this, for instance, in the diverse and developing policies of new journals including our own development over the last ten years. However, as much as we need to improve the frameworks and conditions for artistic research, such historical developments do not cover all of the responsibility that needs to be associated with institutional praxis. Equally important are the processes by which institutional requirements – however open they are - can be productively undercut, without jeopardising the agreement between artists and institutions. What should formally be unacceptable can become acceptable, since it is the articulation that renders it so – in the meaning that it creates. However, since this is no longer a question of form, it is harder to argue for the success (or failure) of such formal upheaval – rendering this necessary territory rather murky. How much an institution can protect meaningful operations, outside criteria, is as important as the work it invests in improving what it is. Different notions of politics are implied. 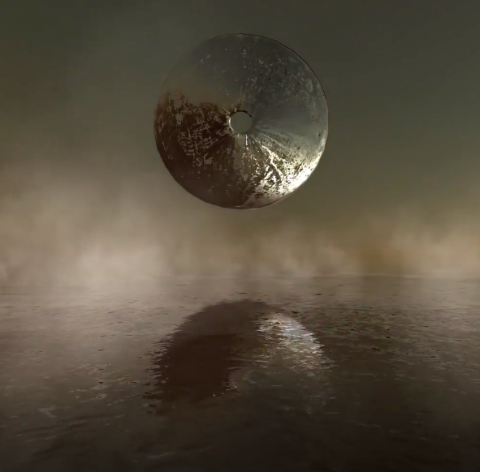 Beyond the Visual - A research curriculum for explorations in spatiotemporal environments

Virtual reality and spatial audio technologies bring about a new paradigm in the fields of architecture and music. Works developed in these media produce experiences beyond what is perceivable in the physical world, extending therefore our capacities to design/compose as well as our sensibilities for spatial and temporal perception. By operating in the spatiotemporal domain, these new media, question our disciplinary understandings of space and time as well as their aesthetics, requiring an altogether new post-disciplinary conception of design/composition and experience. 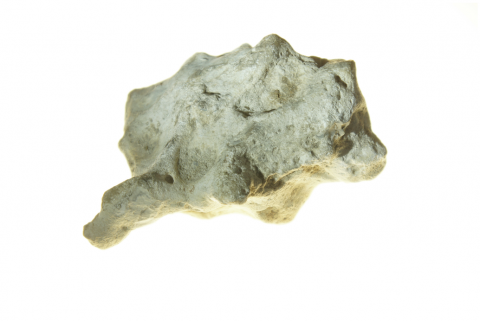 The exposition presents two installations—Mitä uutta kivistä?/Anything new about stones? (2017) and LAB-O(U)RATORY (2019)—and enfolds them in a series of repetitive gestures that stage their methodical entanglement. Both of the installations explore and articulate the research potential of expanded writing. At stake is the ecology of attention in a setting that thematises the co-existence of different modes of articulation, interlinked spatial and temporal arrangements as well as their associative mechanisms. 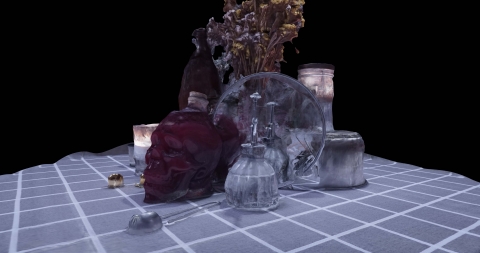 Ephemer(e)ality Capture: Glitch Practices in Photogrammetry details artistic practice using cloud-based photogrammetry that actively invokes glitches through disturbance of the imaging algorithm by utilising optical phenomena. Reflective, transparent, specular and patterned/repetitive objects were used to confuse the imaging algorithm to produce spikes, holes and glitches in the mesh and textures of the 3D objects produced. The research tests the limits of photogrammetry in an effort toward new image-making methods. 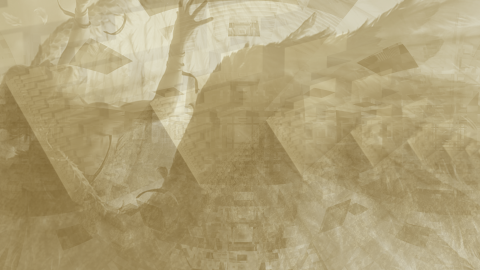 My research investigated the viability of various electroacoustic music compositional approaches, which were used in a series of works that explored specific relationships between real-world and abstracted sound materials, through the strategic use of pitched, melodic, and non-pitched materials (as well as specific characteristics and behaviours of those materials) as integral elements in the composition. All of the compositions were linked to Greece in various ways, either directly or symbolically.

Raising the Voice: Sculptural and Spoken Narratives from the Flat Sheet

This exposition explores ideas of narrative and storytelling through sculptures and texts raised from a flat sheet, a kind of visual and spoken poetry which is both particular and multiple. In this paper, the key area of investigation will be the relationship between sculptural and spoken narratives in my practice. This is engaged with in four main areas: