JAR25 represents JAR’s silver anniversary in terms of issues. With our inaugural issue 0 in 2011, it also closes JAR’s first ten years of publishing artistic research. We have the sense that during this time, media rich academic publications have become more acceptable and that the role of text can be much more openly negotiated, leading to flat media hierarchies. It has been a joy to discover again and again how the different elements of expositions come together to create meaning across the passages they provide. JAR will continue to be open to novel and challenging approaches to the exposition of practice as research.

During these ten years, the community of artistic researchers has steadily evolved. We have seen a strengthening of inter-, cross- and transdisciplinary approaches highlighting collaborative and co-creative research across boundaries. At the same time, we have become sensitive to the relations of power enacted in the community and how we, as an academic journal, are implicated. Discussions keep flaring up during peer-review and editorial decision-making processes, which I take as positive sign that we may have an approach to the problems despite missing solutions to such fundamental issues. We continue to learn from the missed opportunities, which we keep referring back to in our conversations.

However, discussing JAR’s handling of submissions is one thing, considering submissions that were never made is yet another one. While not everybody has to submit their artistic research to JAR, of course, it is also clear that the visible and invisible boundaries drawn around the various concepts in play, albeit blurred, still erect highly exclusory thresholds. We have to assume that much more relevant art and research is out there, which JAR does not reach or is deemed unsuitable for, due to the way the journal is set up. For instance, what definitions of ‘art,’ ‘research,’ ‘practice’ and ‘knowledge’ are being used? What relationships to technology are people prepared to enter into? What academic standards are believed to exist?

As a means of prying open this box of unknown problems, we decided to focus on English as JAR’s working language. Beginning with JAR18, we have started to also invite submissions in Spanish, Portuguese and German. These languages were chosen for the competences already held in the editorial board or those that we felt we could reasonably develop. Time will tell how this process will continue and which languages during which periods JAR will come to accept. Already, we had to make some fundamental adjustments to JAR’s infrastructures, which we hope can form the basis for future developments. The most important of these are: a larger and much more diverse editorial board, dedicated workflows and language panels for non-English submissions as well as a new data model for languages as implemented, for instance, in JAR’s website.

Regarding this last point, you may have seen that the JAR website features a novel language selector in its top right menu bar. Crucially, by selecting a language, the content of the JAR website is not translated; rather, whenever available, content is presented in the chosen preferred language. For a journal that has hitherto filled its pages with English content, it will not come as a surprise that, initially, not so much will happen when a different language is chosen. However, over time, as we hope to attract more non-English and also multilingual contributions, this will change, rending the website much more responsive linguistically. In effect, it is expected that for an average reader who may be able to read, say, two or three languages, there will always also be content less available to them, creating a situation where the sense of ‘overview’ is not possible. In other words, with JAR’s new language model, we accepts limits to translation and a much more hybrid and uneven linguistic appearance.

In some sense, albeit in a limited way, this development renders the JAR website itself expositional. As is the case for the expositions that we publish, we don’t expect all readers to seamlessly move across different media and styles. Over time we anticipate that the JAR website will develop into a more open and unpredictable space allowing for different modes of reading to emerge. As this happens, the website, however, will also demonstrate whatever balances or imbalances exist between different materials and languages – and as suggested, the current imbalances are quite stark, a reality we have to face.

All these developments take place against an increasing understanding that an approach by language is sub-ideal given the complexities that bubble just below the surface. For instance, different national funding regimes and cultural contexts create very different conditions for researchers speaking the same language, resulting in different needs and different approaches to journal publication, including conversations about artistic research. At the same time, what is considered a nation can often also be contested on the ground, amongst other things by the choice of language, or even dialect and style, that include hybrid languages not captured by a standardized system. Extending JAR’s refusal to advocate one media over the other, in favor of a specific mediality that emerges with each exposition, we may in time have to conclude that language, too, has emergent qualities challenging pragmatic approaches.

Like the set of languages that we have currently chosen to publish, those questions have been opened up by an increasingly diverse editorial board, whose ability to relate across difference has made the recent developments possible. In fact, if the first decade of JAR has been focused on expositional form and editorial infrastructures, I see the next decade as an opening up, testing out and contesting how our chosen paradigm holds up. We will observe what consequences this has for the very institution of a global academic journal. Whatever happens, though, JAR will always develop itself based on concrete submissions discussed by real people with a standing in the field, that is, grounded in a concern rather than driven by abstract ideas about art, research and the morals that go with it.

I want to take this opportunity to thank all members of the editorial board, past and present, for their incredible work. In particular, I want to thank Barnaby Drabble, JAR’s managing editor, and Julian Klein, our peer-review editor, for their tireless commitment and drive. I also thank the hundreds of peer-reviewers for the critical support of each and every submission, our authors for their interest and understanding, and also the Society for Artistic Research, its executive board and members, for their encouragement and backing. And last, but not least, a thank you to you, our reader, for your interest in our project and the research that we publish. 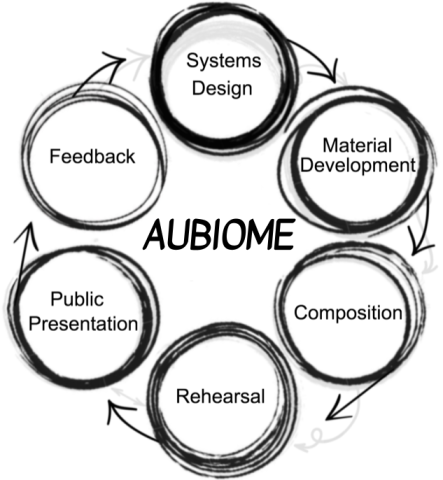 Aubiome: A Collaborative Method for the Production of Interactive Electronic Music

Using a ‘performer-centric’ working method, artistic researchers Joel Diegert and Adrián Artacho investigate the potential of integrating the saxophone with real-time electronics. The musical work, 'aubiome', is used as a case study to demonstrate their collaborative co-creative approach. The six-stage, iterative working process that emerged during the aubiome project is broken down and described in detail. 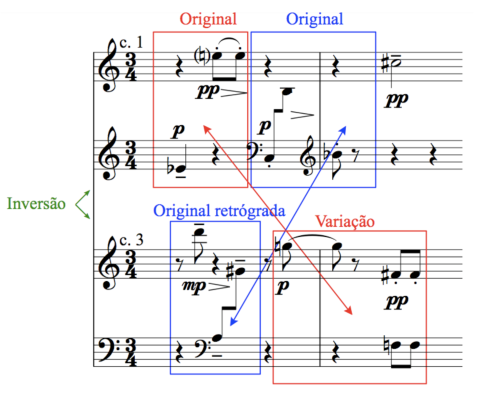 The A∴418 is a method for the systematization of the interpretative musical conception, oriented to the study of musical interpretation. Through the application of two analysis techniques, the researcher demonstrates the expressive idealization and the respective technical configurations of the sound narrative that he builds, as an interpreter, from the original musical text of the composer. At the end, a final score is produced in which both the composer and interpreter’s details appear. 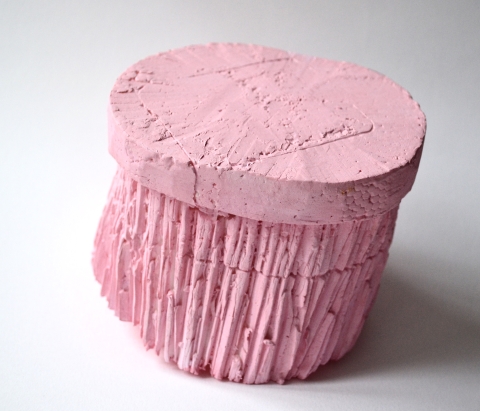 Cleaning in progress: the line between art and life

This exposition combines image, text, and video to provide an overview of my artistic research, which focuses on the embodied experience of art-making in relation to the everyday. Equipped with the notions of a line and a circle, I explore the connections and overlaps between art and life through a multi-disciplinary art practice that combines installation, sculpture, drawing, performance, and video, and merges this with everyday experiences, mainly cleaning, one of the more mundane aspects of everyday life. In this work, I am accompanied by three imaginary friends, who are also artists. 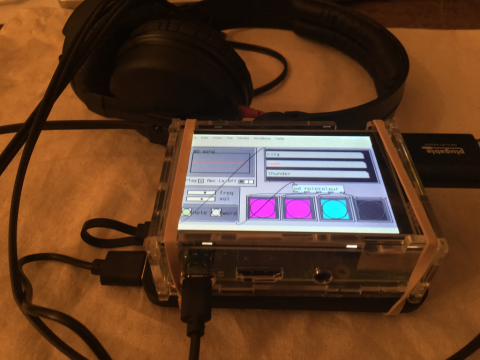 In this exposition, we describe a ‘speculative fabulation’ on communication with birds. A device was built that ‘listens’ to birdsong and translates this into human speech utilising the obscure musical language Solresol (François Sudre, 1866). Birdsong is analysed and converted into musical notes (one octave in the scale of C Major: do-re-me-fa-sol-la-ti). These seven notes are grouped to form four-note ‘words’ that are looked-up in the Solresol-English dictionary. Each note also has a rainbow colour assigned to it. 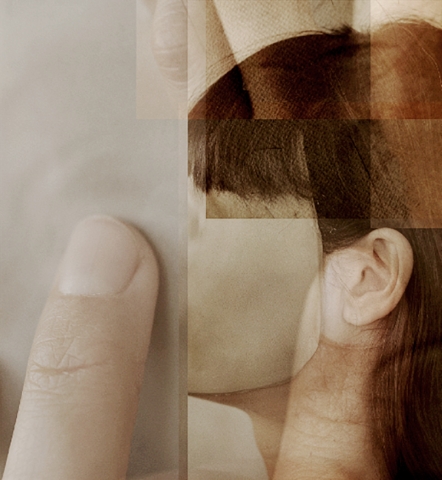 I lost time and space. Where am I? – Erzählen von chronischen Schmerzen

What happens to a person’s inner and outer world when no medical procedure is able to (further) decipher the origin of an ongoing perceived pain? When pain becomes an independent clinical picture called 'chronic pain'? In a series of dialogues with pain patients and specialists, I investigate in this study – as an artist as well as someone who remembers an episode of chronic pain – how chronic pain influences and changes lives and what space it takes in the lives of people affected and those providing treatment. 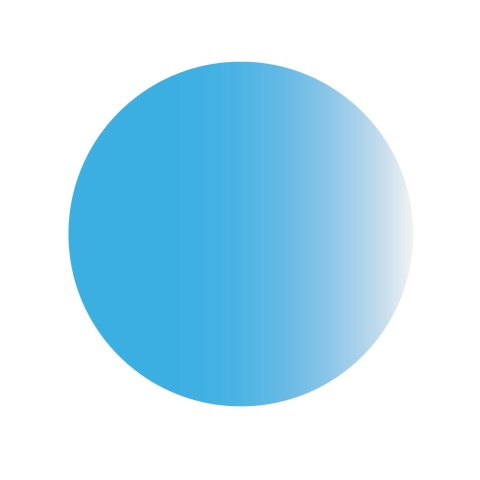 The COVID pandemic has prompted many people to reconsider their previous living and working rhythms and to consider alternatives. We believe that the global enslavement to the standardised time of clocks and calendars has had a negative impact on us individually, socially, and environmentally. We aim, therefore, to change perceptions of time by helping people step outside societal time, treating time instead as a malleable material that can be stretched and moulded. 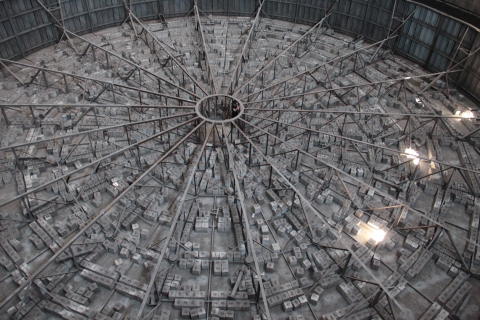 This exposition recognizes the "Vox Spatium" through the comparative study of acoustic spaces and their reaction to an impulse response (IR). The artistic research arises from two creative instances: a residency at the Experimental Base for Sound Art TSONAMI Valparaíso, Chile (2019) and the field studies of the project Resonant Spaces (Balbontín-Klenner, 2019-2020) in Belgium, Scotland and Spain.