During the past three years of working on the Journal for Artistic Research, we continuously asked ourselves how we may want to negotiate the artistic and academic poles of the debate on artistic research. Fuelled by ideological interests and distorted by economics, this debate has yet to deliver a critical foundation to the kinds of practices we are interested in. As a consequence, we decided to help digging those foundations by supporting concrete projects rather than simply voicing our own expectations.

Admittedly, other than what is happening at academies across the globe, we have had the luxury of doing so since JAR does not need to deliver criteria avant la lettre for some validation purpose. At the same time, by choosing this approach, we have put ourselves at the mercy of more than one community of people who make, support, submit, review, read, reflect and comment on artistic research and accept that what will emerge as quality does not simply represent our wishes not can it be conflated with them. This makes JAR first of all a social enterprise.

While initially the Research Catalogue, the software framework that supports JAR, was simply meant to host uploaded media files and to allow for the designing and publication of practice as research, it has - by demand of those communities - quickly turned into what is known as ‘social media’: researchers can collaborate on their research, submit it for review, self-publish or share it as work-in-progress bypassing peer-reviewed assessment altogether. The Terms of Use allow all content to be used and re-used on the RC by anybody, while reviewers can publish reports and anybody is invited to comment or use the messaging system to contact a researcher.

One may be inclined to say that we have put social media to good use were there not a line of reasoning that links social media with a ‘further erosion of art’s distinctiveness’ (Griffin 2012: 144) and thus with an argument also used in relation to art as research, which by some is accused of doing the same. So it is time to address the stance we take in relation to (such) technologies. To do so, I will focus on Tim Griffin’s recent article ‘Notes on an art domain’ (2012), which reports from the ‘Bloomberg Philanthropies Arts Advancement Initiative’ conference held in 2011 in New York and discusses e-flux’s recent bid for the .art domain.

Griffin introduces the suggestion by Gary Vaynerchuk1 that the intellectual capital of the future may not lie in the content that an organization such as JAR publishes but in the types and amounts of relationships that that content may facilitate. Social media, so Griffin’s proposition, tap into this tendency and push connection over content as, one may add, famously expressed in the title of Marshall McLuhan’s and Quentin Fiore’s book ‘The Medium is the Massage.’ (2008) Furthermore, according to Griffin quoting a piece of communication by e-flux, it needs to be feared that, indeed, such tendencies may ‘shape [the people’s] conception of art’ (cited in Griffin 2012: 152), which may replace the personal participation of an audience by a form of auto-enactment of the embedded protocols that are used to order the communication.

So what may JAR’s protocols be? Does it or does it not allow for disturbances and breaches of its protocols, or is it simply looking for the right people to instantiate its embedded position? What idea of community do we have?

For brevity’s sake, I will not even attempt to list what may be considered our protocols, but I will admit that there must surely be many of them. However, what I will comment upon is the fact that, even without JAR, protocols are already in place that regulate what counts as research and the access to it. More important than the protocols we may or may not use is the way in which they interact and interfere with what already exists. Following the concerns of the power of established protocols that limit the freedom of artistic practice, a worst-case scenario may be a situation where a publication in JAR results in increased research funding arrived at by a simple counting of connections i.e. references through bibliometric softwares and algorithms. A best-case scenario would be the support of modes of research and forms of argumentation that are disadvantaged by both the artistic and academic protocols that regulate those spheres.

Following our best-case scenario, it still seems that JAR remains guilty of a ‘further erosion of art’s distinctiveness’ as mentioned above. However, having introduced the regulatory power of protocols also in offline networks, one may be allowed to wonder if art’s claimed distinctiveness is not part of its protocol, and, moreover, who the authority might be that regulates where art’s distinctiveness might be found – if we need to assume this distinctiveness, that is. Such questions pertain to an idea of community: people who are willing to work out where art and where knowledge may be and how they may be intertwined without either sacrificing the one for the other or conflating them in some form of idealisation.

We still do not know how this may look like in general, but we can with this second issue present another set of attempts at making inroads into the problem and at exposing how practice may count as research. JAR remains open submission, which means that for the time being there is no pre-conceived thematic thread that connects contributions and makes a coherent ‘issue’.

This time, however, it is interesting to note how questions of performativity have come to the fore. Annie Abrahams presents in ‘Trapped to reveal’ how the web performances she creates in collaboration with many different performers reorganise behaviours so as to communicate below what each performer can control. A similar point may be raised in relation to Vida L. Midgelow’s and Tom Williams’ contribution of ‘Voice (a retracing)’ since performance here is distributed across dance and music in an attempt to trace what the authors call ‘an emerging lexicon’ which they discuss in a number of conversations on video. Another type of displacement is presented in Brita Lemmens’ ‘The learning process in fado through artistic research’ where the singer’s attempt to sing, that is, to physically understand the fado results in the transformation of her own singing voice. The borders between the performer’s self and the self that emerges through performance is discussed in Eric Hetzler’s study ‘Actor Self vs. Character Self’ suggesting the necessity of an elastic relationship to reality in performance. For Juan Carlos Castro and Daniel T. Barney in their contribution ‘Playing the Spiral Jetty’, performance may be understood literally as a free play with art so as to find new modes of encounter through which new interpretations may emerge. In ‘Crossing’, Krien Clevis also opens up new interpretations of existing sites – and of a contemporary notion of ‘site’ - when she superimposes a classical atrium house onto parking deck 2 of the new Rokin station in Amsterdam. In ‘Unfixed Landscape’, Ruby Wallis suggests how through experiential research a sense of place emerges that is located both within and outside of herself and the place she attempts to represent. In a different type of experiential research, humhyphenhum (Deborah Harty and Phil Sawdon) expose their drawing practice as they investigate the possibility of drawing ‘The Taste of Tree’ as Merleau-Ponty suggests with reference to Cézanne.

As to the means of the exposition of practice as research, we are happy to see that this issue makes good use of the rich-media capabilities that the RC offers while it has to be noted that most contributions heavily rely on text as site for argumentation. I would like to take this opportunity to remind our readers and potential future authors that the form in which an exposition is made is not subject to ‘protocols’ JAR might have. As in the past, we explicitly invite submissions that experiment with non-verbal forms of writing or that suggest non-linear modes of reading.

We would like to thank all authors for their submission and their positive and patient response to all the requests we threw at them. Like during the last issue, we again were greatly inspired by the intellectual investments the reviewers have made. We do not take this for granted and would like to thank each and every one of you very much.

My personal Thank You goes to all editors who have worked to get this issue ready for publication. In particular, I would like to thank Barnaby Drabble, our Managing Editor, and Henk Borgdorff, who organised the reviewing, for their dedication and the time they invested.

McLuhan, M. & Fiore, Q., 2008. The Medium is the Massage: An Inventory of Effects, London: Penguin Classics. 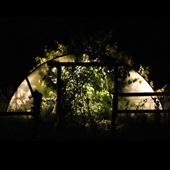 'Unfixed Landscape' - Is it possible to define 'place' through artistic practice?

Ruby Wallis
This exposition takes the form of a series of experimental and philosophical attempts to represent place through film, photography and drawing. The research is devised through the frame of the self-reflexive auto-ethnographer
[...] keywords:
body
fixed self
Place
OPEN EXPOSITION

Actor Self vs. Character Self: An Empirical Exploration

Eric T. Hetzler
This work combines the results of an online survey about the experience of acting with interviews of many of the respondents to explore how actors describe the relationship between the character they portray in performance
[...] keywords:
acting
actors
character
emotion
interviews
non-character
OPEN EXPOSITION

Crossing: Between the Italic Domus and the Artistic Environment

Krien Clevis
Between 2009 and 2012 I made several visits to Italy to study at the Royal Dutch Institute in Rome, as well as to carry out historical field research in Pompeii, Herculaneum, Rome and Cerveteri. These trips were designed to provide material for writing several essays and developing an installation based on the classical atrium house
[...] keywords:
Artistic sightline
Crossing
Genius Loci
Historical sightline
history
Memory
notion of Place
Palimpsest
performative space
Performativity
rootedness
Subway
transience
transition
OPEN EXPOSITION

Juan Carlos Castro and Daniel T. Barney
In this exposition we describe and theorize the evolution of an artistic enquiry entitled Playing the Spiral Jetty. This is accomplished in four parts. In part one we present our understanding of play as research methodology. Then, in part two we narrate and contextualize
[...] keywords:
medial space
miniature golf
Spiral Jetty
OPEN EXPOSITION

The learning process in fado through artistic research

Brita Lemmens
This project focuses on the learning process in the oral tradition of fado. A common Portuguese saying 'O fado não se aprende' (one cannot learn to sing fado) forms the departure point of this artistic investigation. As a singer I dived into the practices of the oral transmission
[...] keywords:
fado
knowledge
Lisbon
singer
OPEN EXPOSITION

The taste of tree?

humhyphenhum (Deborah Harty and Phil Sawdon)
Walking around a tree, observing the colour, texture and outline, sitting to draw, to document the actualities of the object … this presents no interest
[...] keywords:
honey
humhyphenhum
Memory
Merleau-Ponty
sensations
senses
tree
OPEN EXPOSITION

Trapped to Reveal - On webcam mediated communication and collaboration

Voice (a retracing): an emerging lexicon