JAR supports the exposition of practice as research. While we continue to highlight the ‘as’ construct – the folding of something into something as trace of difference and motivation – the notion of ‘exposition’ is often used as shorthand for what otherwise may be called a ‘journal article’. Still, even outside the intricacies of expositionality, what may look like a simple substitution of terms affects the kinds of objects that the word is meant to represent. Out of the wealth of associations, three may deserve particular mention.

Exposition relates to both visibility and visuality. This has positive and negative connotations. On the positive side, the most basic function of any publication is to make known and to register a fact of existence. JAR, for example, was certainly born of the need to know of others’ research and to help create a horizon within which communities may develop. However, being open submission, JAR cannot want to survey a field; what eventually becomes visible in JAR first needs to come forward. This implies that artists and researchers need to trust that their work is cared for and protected from what may be called an over-exposure when, for example, academic publishing requires a level of explicitness that may harm the work. Thus, the visuality that JAR associates with exposition is one that requires a choice as to the degree of visibility most suitable to the practice at hand and its epistemic objects. As a consequence, it is perfectly feasible for an exposition to be a gesture that exposes an object’s invisibility as invisibility. Naturally, we are happy to deal with the complexities that this implies, and we can, by experience, tell that most reviewers and readers appreciate expositions that are more demanding.

Exposition exposes authorship. If we keep in mind that authorship – just like practice – is not the transparent application of a person’s idea or skill onto a material, we need to concede that an exposition also creates its objects, the researcher included. Interestingly, some researchers feel compelled to introduce the ‘I’ into the exposition, which often suggests transparency and a degree of being in charge, but which on a different level may also be seen as a device to render invisible the one who chooses the ‘I’ as reference in the first place. Thus, even in seemingly simple cases with clear declaration of authorship things may be more complicated; and, precisely these complications have a deep impact on the reading that we have of a piece. As a consequence, while fiction is always an option, authorship can never be ignored in an exposition at the same time as (complete) presence is impossible. One can hide everywhere or nowhere at all; authors are always also exposed.

Exposition is an introduction. Exposition need not tell what something is; rather, it can set the ground for a play to follow, which can be open-ended and need not be concluded in the publication itself. There is a didactic element to the notion of exposition as far as it teaches how and as what something may be seen without determining outcomes. One may even say that there is something inherently gentle to exposition considered as introduction, a relief, perhaps, from the obligation of being a ‘work of art’, in the serious sense of the word. Although introduction suggests discursiveness, what is meant here is not so much explanation but a willingness to share materials and modes of thinking and doing. We remain surprised how few submissions we receive that seriously engage with materials generated during a project – not to explain them but to get deeper into a practice in which importance is given to big and small decisions, which cannot be explained by taste. Having done A, we think it is interesting to learn how to look at B in order to see C as a relevant option. Why not look at micro-decisions?

Expositions in JAR are journal articles but they are also reflexive objects in their own right. Over the course of the now 7+1 issues, we have seen a wide variety of approaches to a degree that makes even comparisons difficult. It may be the various layers of choices and their implications that result in a tendency towards uniqueness and locality, which may not have been what we had in mind when we started but which we appreciate all the more.
In Ghost Nature, Caroline Picard decentres our anthropocentric universe by offering a constellation of works of art and quotations from a variety of sources as well as reflections, which all work to move our perspective and offer us an alternative sense.

In A consideration of projects from the FUNDBÜRO art research initiative, Cynthia Kros and Georges Pfruender play on the notion of the Lost/Found Property Office to investigate practices that consciously include what they displace, in terms of both the local and the distanced.

In One Motorbike, One Arm, Two Cameras, Ainara Elgoibar creates a robotic vision of a MYMSA motorbike as a way to remember a moment in time when an industry could be truly local.

In Transcribing Johann Sebastian Bach’s Lute Music for Guitar Bouzouki, Andreas Aase calls upon performance practices from Bach’s era as well as Scandinavian traditional music to suggest a possible transcription of music by Bach for the guitar bouzouki.

In it’s doing it – the force of passivity, Lucie Tuma and Jens Badura give a sense of the productivity of passivity by offering a navigation through a set of materials, documents, and reflections that all seem unspectacular, but which – as they are activated by a movement through the pages – become highly reflected.

While it is important to us that issues of JAR are not themed, you may remember that a while ago we ran a call for submissions to a potential special issue on ‘Criticism’. The issue never emerged due to a lack of suitable submissions. We still consider the topic to be of great importance, although we must admit that it looks like we were slightly over-optimistic to believe we would be able to engage the idea of expositionality from within criticism at this stage. However, we continue to work on the idea of ‘special issues’. More to follow soon …

A consideration of projects from the FUNDBURO art research initiative 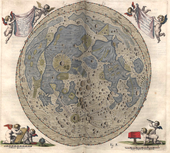 One Motorbike, One Arm, Two Cameras

Ainara Elgoibar
The idea of creating a video work exploring the question of how an industrial robotic arm would see a handmade product is used as a pretext to generate a meeting point for different local agents in the framework of the production of an art project titled 'Rodar y Rodear' ('To Shoot and to Surround') (2013)
[...] keywords:
3D
advertisement
arm
Barcelona
cinema
Event
industrial
local
movement
production process
robotics
seeing
OPEN EXPOSITION