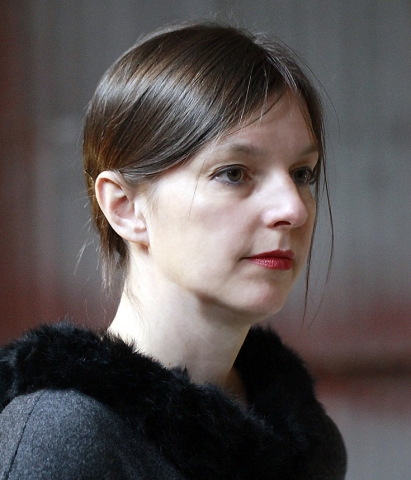 Between performance and research, teaching and composition: Barbara Lüneburg's artistic worlds are rooted in the classical and extend deeply into contemporary music and multimedia performance.

Lüneburg has appeared as a soloist and composer across Europe, both Americas, Asia and New Zealand, and worked as artistic director and violinist of ensemble Intégrales, an ensemble for contemporary chamber music, for almost twenty years. Countless compositions were written for and in collaboration with her. Barbara Lüneburg has featured on CDs and DVDs documenting the versatility and highest standard of her performing abilities. Her interests in artistic research are as diverse as her artistic work. From 2014 to 2018 she led the research project TransCoding - From Highbrow Art to Participatory Culture, in which she involved an online community in the creation of a multimedia work via social media. In 2021 the monograph Ludified of which she was one of the editors and at the same time author and performer was published as part of the artistic research project gappp.net. GAPPP investigated the effect of game elements in multimedia works on composition, performance and audience.

Lüneburg is professor of artistic research and head of the doctoral programs at Anton Bruckner Private University.
www.barbara-lueneburg.com  | transcoding.info | gappp.info